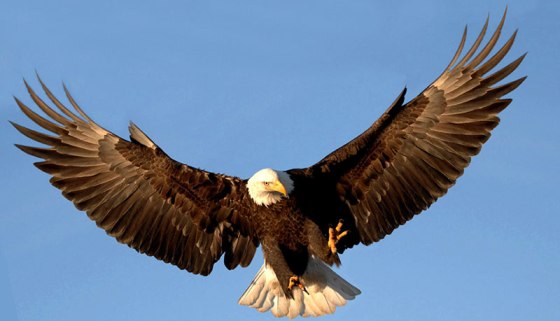 I want to feed the babies

Who can’t get enough to eat

I want to shoe the children

New shoes on their feet

I want to house the people

Living in the street

I want to fly like an eagle, to the sea

Let my spirit carry me

I want to fly right into the future…

The Philadelphia Eagles busted up and beat down the New England Patriots in last night’s Super Bowl, winning the game 41-33. But this game was different: Fans began to choose sides based on political viewpoints rather than hometown favorites or admiration for particular players.

In a sense, this game was as much a battle between two American professional athletic teams as it was a battle of American political ideologies.

What a sign for better times ahead for the country, and, in fact, the world, that the Eagles—a team who’s namesake is the very animal who is symbolic of the United States—beat the “Patriots” during the country’s most volatile, bitter split since the Civil Rights Era of the 60s.

If anyone is unaware:

All three men consistently assert their friendship and loyalty to trump.

On the other hand, The Eagles are considered the most woke, progressive team in the NFL, according to Daily News reporter, Evan Grossman, who’s article “Right vs. Left: Woke Eagles, Trump-loving Patriots are on opposite sides of political spectrum” points out:

And, so, to all the members of The Resistance, to the progressives and humanitarians out there, who may be feeling politically tired and weary, heed this Monday message: sit back, press play and bask in the message from the universe: A blue wave is coming in the November elections and the tide is about to change.